Changelog:
Added:
Changed:
Fixed:
Balance Improvements:
It is widely agreed that some balance adjustments are long overdue, so this update combines a variety of work-in-progress upgrades from the past few months of tuning and feedback:
We look forward to making further enhancements upon review of your feedback in the comments! 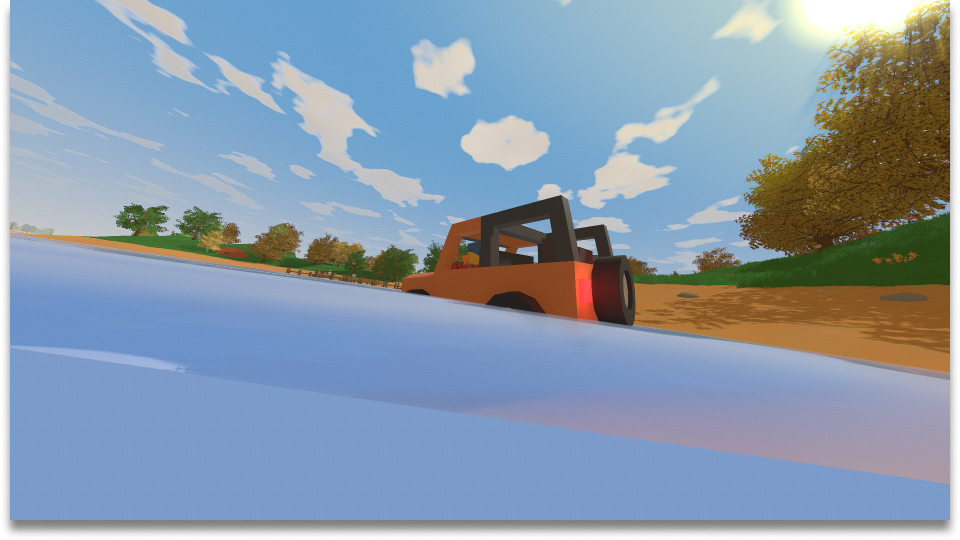 The lower-left of this screenshot would previously have been a clear view of underwater zones, but now gets filled with the water color. This should help protect secret underwater locations and bases.

Fake Lag Threshold:
In recent weeks the exploit of artificially delaying game packets AKA "lag switching" has become more of a nuisance. To combat this, a new setting in the server Config.json file "Fake_Lag_Threshold_Seconds" has been added with a default value of 3 seconds. If there is a delay between input packets from the client greater than this threshold they will be penalized for a corresponding duration minus one second. For example if the threshold is 3 seconds and the server does not receive any inputs from a client for 3.2 seconds, they will be under penalty for 2.2 seconds.

Unfortunately false positives are relatively likely if the client framerate hitches, for example while loading a dense region. With the netcode rewrites of the past year these hitches should gradually be ironed out, but for the meantime the "Fake_Lag_Log_Warnings" setting can be enabled to help tune the threshold.
Click here for the source of this article RSS Feed